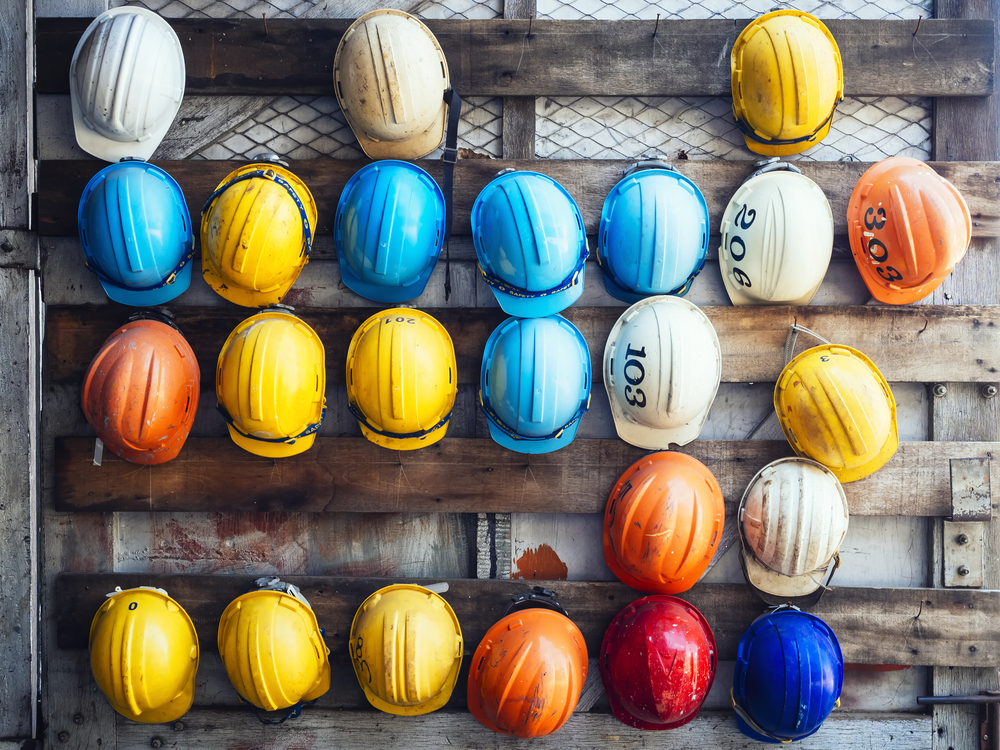 “What do you do for a living?”

Wouldn’t these interactions be easier if you could answer with “accountant”? Everybody understands that one.

Yet, here we are, working in the field of occupational safety, a career that remains mysterious, a vocation people do not understand instantly and without some further explanation.

Maybe it’s because most college campuses don’t have a program for it.

Maybe it’s because those of us doing the work are a pretty small cohort or have other job responsibilities in addition to safety.

I bet not many of us.

Dr. Todd Loushine, at the University of Wisconsin Whitewater, and I, have been professional friends for 20 years. Recently, he was giving a keynote address on the safety profession and asked a question of his audience, “How many of you are incidental safety professionals?” Meaning, this career isn’t what you set out to do, or, rather, the career found you—not the other way around.

Like many of you, I’m an incidental safety professional too.

I was in my early 20’s and finishing up my Bachelor’s degree in Community Health Education. In order to complete the degree, I needed an internship. My college program gave me a list of organizations accepting interns. I scanned the list: county public health office, American Heart Association, American Lung Association, Red Cross, and the list went on and on. At the very bottom was this entry: Safety, Department of Transportation.

Safety? Safety. Sounds boring. Sounds like there wouldn’t be a lot of competition for that internship. I decided to apply for it, not then knowing what I was getting into.

I would have rather had one of the other cooler sounding choices. Jobs were competitive in the classic Community Health Ed. Field, and the people that were getting hired often had an additional nursing degree so they could serve dual purposes.

Before I knew it, I was having coffee with a safety professional at the Department of Transportation (DOT), about the internship which I landed.

I had no idea what I was getting into. I spent my undergrad doing peer education at my campus health service, teaching sexually transmitted infection prevention (it was the height of the AIDS epidemic), stress reduction, and conducting body fat analysis. Certainly, I wouldn’t be using this knowledge at the DOT!

Seatbelt use; that was the first topic I found myself covering with a large group of DOT employees using an emotional video called Room to Live, as my hook. Soon, I was learning about trenching, environmental hazards, road work, road kill, and getting offers to operate the “wing” of a snow plow on ride-alongs.

The DOT employed safety professionals all over the state, each assigned to a district and they were all telling me the same thing:  "Kid, if you want to be employable and have a way to pay off your student debt, do what we did, and get your Master of Industrial Safety degree at the University of Minnesota."

Having no other plans and thinking this safety gig was okay, I did just that.

While in graduate school, family asked what I’d be able to do with a Master’s degree in safety. Still unsure, my answer was, “I suppose I could work for OSHA.” By this time I knew what OSHA was. The regulations seemed clear when I learned to read them, they were linear and I liked to analyze things.

Grad school was ending and I needed to find another internship.  This time, I made connections by way of distant cousins who worked at a National Guard military base who knew of an opening in an environmental compliance division.

Soon, I found myself working side-by-side with military personnel and civilians, reporting to a Colonel. This time I was mentored by David, who looked like and had the swagger of Harrison Ford. He had a passion for the threatened Blanding’s turtle, among other things. With David, I was identifying oil spills from tanks, measuring noise from artillery, learning about lead in firing ranges, asbestos in old armories, and the ‘ins and outs’ of waste water treatment on the base.

Near the end of that internship I got a call from my mentor at the DOT.

"Kid, OSHA is hiring, you should apply."

Meanwhile, many of my classmates were heading off to the Silicon Valley, which was a rich environment for safety work at that time.

Pretty soon I was seated across from four men at OSHA for my first professional job interview. Paul, my eventual supervisor was one of those men. Paul was a very tall Italian man with silver white hair pushed off his forehead and big glasses. Paul looked over his glasses at me during the interview, leaned in and said, “Kid, do you think you can handle yourself with a badge, walking unannounced into a workplace or onto a construction site, asking to talk to the highest rank on site and then fine them?”

“Do you think you’ll be able to handle a fatality investigation?”

“If I can stand in front of large groups of people and talk about how to prevent sexually transmitted infections and describe the correct way to use a condom, I think I can do just about anything.”

I’m pretty sure no one in the history of OSHA interviews has ever mentioned sexually transmitted diseases or condoms in a job interview.

I got the job.

Then, I was one of very few women to have a job as a safety investigator, and I was 23 years old.

I was walking up my parent’s driveway reading the official job offer including the salary. It was in that moment I realized—at age 23—I would be earning slightly more than my father, who had worked in a local printing factory for 30 years as a web press operator. I learned a lot being in the press room of that factory as a little girl selling my Girl Scout cookies between the whirling presses and meeting my dad and his co-workers after their swing shifts and hearing about their injuries.

Now, I was watching out for their welfare and the welfare of others like them across an entire state.

I felt the gravity of that job and the weight of that badge.

Those DOT guys were right. I did get a job. I did pay off my student debt.

I stayed with OSHA for nearly 12 of my 20 years in this safety practice, unwinding regulations and applying laws in a manner that would’ve made sense to my dad and his coworkers, and as respectfully as possible to every company I encountered.

How did you become an incidental safety professional?

A lot of stories sound like this one, shared on LinkedIn…

As the manufacturing world has progressed and the proven need for safety as an accredited professional vocation, I worked alongside the safety "kids" as they came aboard. Providing context and physicality to concept became another portion of my work for a while. Then, manufacturing started to go bonkers as "downsizing" and "off shoring" took hold. The first folks out were (of course) Safety people. So, I was conveniently melded into FM, Maintenance, AND Safety guy. No real OSHA training, just an empty office and a bookshelf full of manuals and bulletins. In 2010, I took an online OSHA 10 hour general industry course. That was my most formal initiation into Safety. Needless to say, I've also a gift for gab and can speak publically without too much jittering. I started training in safety, bought some videos, some booklets and read the 1910 as it was needed. In 2014, I started to plow into OSHA, training, and presentation, developing true knowledge with credentials. As I'm still climbing and banging heads, I need to have a quieter, gentler career as I get old. Still wish to stay around the trade and work, but without the wear and tear.