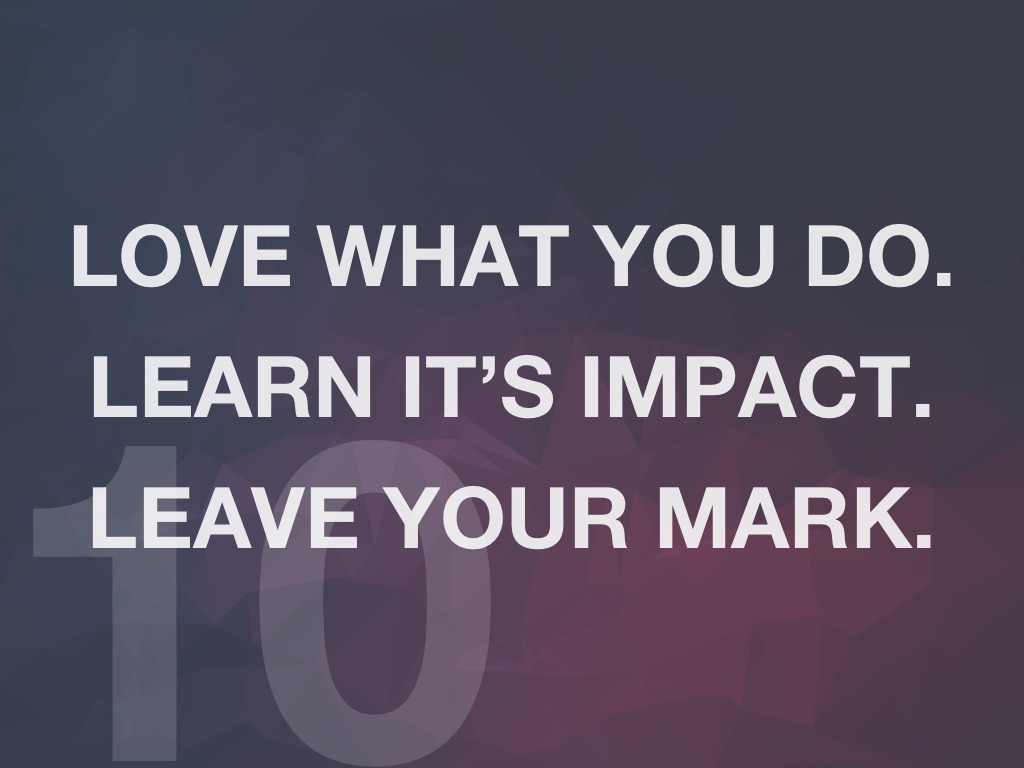 Lessons from a Life in Safety: #10

Be a story collector!

Safety professionals at any career stage accumulate stories quickly, whether humorous, horrific, or, just human—keep collecting and learning from them.

Each story adds another training tool for you to use in our profession, a real world example you can share in support of your efforts to send employees home safe each day.

Some stories will help you teach people to ‘fish for safety’, while others will simply help motivate you to get out of bed and tackle another day in a demanding job that can sometimes feel isolating.

That’s another thing stories are good for: they bond us together as colleagues in safety.

The story of Nick’s life and death is from my days as an OSHA investigator.

It is one I’ve told many times and I’m going to warn you folks in advance...it’s emotional.

You can watch the full story here.

Nick was the kind of guy everyone loved. He was always happy.

He was so happy, in fact, that some days his wife Patty could hardly stand it, if you know the type.

In her words, there was an uncommon kindness to him. Nick was that guy who sends flowers to his wife at work, to the envy of other women. He was a skinny guy with a 28-inch waist. He was the sort of guy who gets up at 4:30 in the morning to hunt with his best friend. Patty couldn’t stand him the first time they met, weathering a multi-hour car trip in a Minnesota snow storm with Patty’s brother and Nick’s sister. Over time, Patty’s opinion changed; they fell in love and married in 1990.

Making their home in a small prairie town in Southwestern Minnesota, Nick started working for a small excavation company.

Patty and Nick soon had a daughter, Amanda, a blonde cutie who was 5-years old the day her dad died, just 2 days shy of her 6th birthday. Amanda told her mom that she had seen her dad drive past her daycare the day he died. He waved to his daughter. She waved back.

Back then, I was working as an Occupational Health & Safety Investigator with the State of Minnesota. I was 26 years old. I had only been on the job for a year-and-a-half. Nick’s death was the 9th accident I had investigated, and my 5th fatality case.

My job was to determine if Nick’s employer had violated any federal or state OSHA laws. So I gathered evidence from the scene, reviewed employer safety materials, and interviewed employees to help piece together what happened and to affirm or deny safety training against the company records.

I also had to gather information on the victim’s next-of-kin so the government could send them a letter of condolence. That was my job. That was my job for each of the fatality or serious injury cases I investigated in the 12 years I was a Safety Inspector.

On that day, my work took me to a windy prairie town in southwestern Minnesota. The job-site was located at one of those little banks—a single-story, square structure. As excavators, the crew worked the earth in preparation for paving. They were using a pay-loader, bulldozer, and skid-steer loader to flatten, widen, and level the ground.

Nick’s job was to ensure the ground was level and that the correct thickness of ground was cut with each pass of the bulldozer using something called a grade-rod and laser for precision, which meant he had to take measurement every time.

It was during one of these passes of the bulldozer that a colleague inadvertently backed over Nick.

When I arrived on the jobsite, I began going through my protocol...

18-years later, Nick’s wife Patty would tell me, “They were just normal people doing their work.” And she was right. All men earning a paycheck doing good and noble work, just like you, just like me.

Patty’s brother Bobbie picked her up at work; the two of them collapsing onto one another in their grief.

She and Bobbie really didn’t know what to do or how to act. She recalls driving around town with Bobbie, the two of them chain-smoking cigarettes.

Patty wanted to tell her mother, but her mom wasn’t home and they were trying to contact her. She was also trying to figure out how she was going to tell her 5-year old, who was still at day care. Bobbie and Patty drove past the bank site. There was yellow tape wrapped around the dozer. Patty remembers watching other cars driving down the street, people going on about their lives, and thinking her life had stopped.

The grief-pile continued when Patty and Bobbie arrived at their mother’s house, where other family members had gathered. The neighborhood was mourning.

Soon, Amanda was there.

Someone had picked her up. As Patty watched her daughter walk toward her, a local Pastor who had joined the family whispered, “Your only priority is Amanda.” Those words focused her.

My investigation yielded no citations against Nick’s company.  There were no violations of any safety laws. I couldn’t find anything. Nick’s death wore on me. It wore on me because his wasn’t the only death of that sort I had investigated.

I had coworkers investigating similar deaths where people were run over by earth-moving equipment and were dying and the people driving the equipment were suffering.

That’s the thing about being an OSHA Inspector; you weren’t allowed to talk with the families of the victims in order to stay neutral and, after your inspection was done and your case closed, there wasn’t further contact because you moved on to another case. But it didn’t stop me from wondering how that entire crew was holding up in the face of such unimaginable, unexpected grief.

With Nick’s death on my mind, I decided to call my coworker and fellow-inspector, Norm. Before joining OSHA, Norm had spent the better part of his working life as a heavy equipment operator just like Nick’s crew.

I told Norm I was growing weary of these cases and wanted to do something to prevent them. I asked Norm to partner with me, to use his knowledge of the trade and equipment to try and come up with a prevention strategy.

Over a series of meetings and discussions, Norm and I drafted a new safety law: Operation of Mobile Earth-Moving Equipment.

The primary intent of the law is building relationships between equipment operators and the people working on the ground, so everyone knows where everyone is at all times.

The part of the law Norm and I get to see as we go about living our lives today is the  requirement for all people working on the ground around earth-moving equipment to wear what is called a Class II High Visibility garment. Class II means there is a lot of color all the way around the person wearing it, so they can be seen even if standing sideways. There were no requirements for this prior to 1999, unless you were working in actual traffic, on a road.

In 2002, 5 years after Nick dies, something crazy happened.

I was still doing my OSHA gig back in that same prairie town. This time, I was on a routine construction inspection. No one was dead. And I was getting my gear out of my government-issued car on the job-site, when this man, a dry-wall contractor from the construction site comes walking up to me.

“Are you that OSHA lady?” he asked. At this point, I’m checking my-6 because being the “OSHA lady” does not mean that this guy is looking for an autograph.

“It was you who investigated my brother-in-law’s death back at the bank…he was ran over, do you remember?”

Of course I remember, I tell him. I thought of him when I pulled into town. He goes on to say his sister was married to Nick, and that she’s a widow and a single mom, and that Nick is lying there in the cemetery.

And then, he gets closer to me. This is Bobbie, Patty’s brother, the one who drove Patty around town after they got the news of Nick’s death. Bobbie pokes his finger at me.

“What did you ever do to make sure that would never happen to anyone else?”

Whenever I did safety training and education around the state, I carried copies of Nick’s law to share with contractors.

So I gave Bobbie a copy and told him about the law.

I believe Bobbie’s response was, “No shit?”

In the 20 years I’ve been working in safety, I’ve been witness to a lot of tragedy. Sometimes a death, sometimes a life-changing injury. I’ve seen what this does to families, communities, and workforces.

And what I’ve observed is that the companies who employ the victims fall into 1 of 2 categories:

Mentorship is so important for environmental safety & health professionals. Because I had thoughtful leaders like Norm looking after me, and helping to guide my career from the outset, I was able to recognize and explore opportunities that challenged me in this profession. Looking back, I know how lucky I was to have a colleague like Norm. That’s why I encourage experienced safety professionals to pay it forward or strike up a mentorship with younger professional peers.

And for those just starting out, I encourage you to begin attending professional development conferences like those sponsored by National Safety Council (NSC) along with American Society of Safety Engineers (ASSE). Also, form your own connections and band together for support; safety jobs can be alienating at times, so lean on each other, share your stories, and be a part of one another’s success stories.

Read the next post in this series, Lessons from a Life in Safety: #9